Do you long for an evening out with your spouse, but worry about how things will go at home with the babysitter while you’re away? Do you wish that you could check in with your children or pets during the day? Maybe you have an elderly parent who lives alone and you would like to be able to check through a camera on their well-being in the middle of the night. Keeping your goals in mind will help you choose from the following highest rated nanny cameras based on their technology, functionality and style.

First things first: Understanding the law regarding nanny cams
It is legal in all 50 states to video record your nanny or other household employees with or without their permission, within the “common” areas of the house. You must remember that you may not record people in areas where they would have a reasonable expectation of privacy, such as in the bathroom or in their own private sleeping areas. Some states do, however, have a prohibition against audio recording without permission, so please do check the laws in the state where you live to be sure. I will go deeper into the legal and ethical implications of using a nanny cam in your home in a future blog post, but for now, let’s take a look at the top seven nanny cams for 2017, and what each of them can do for you! 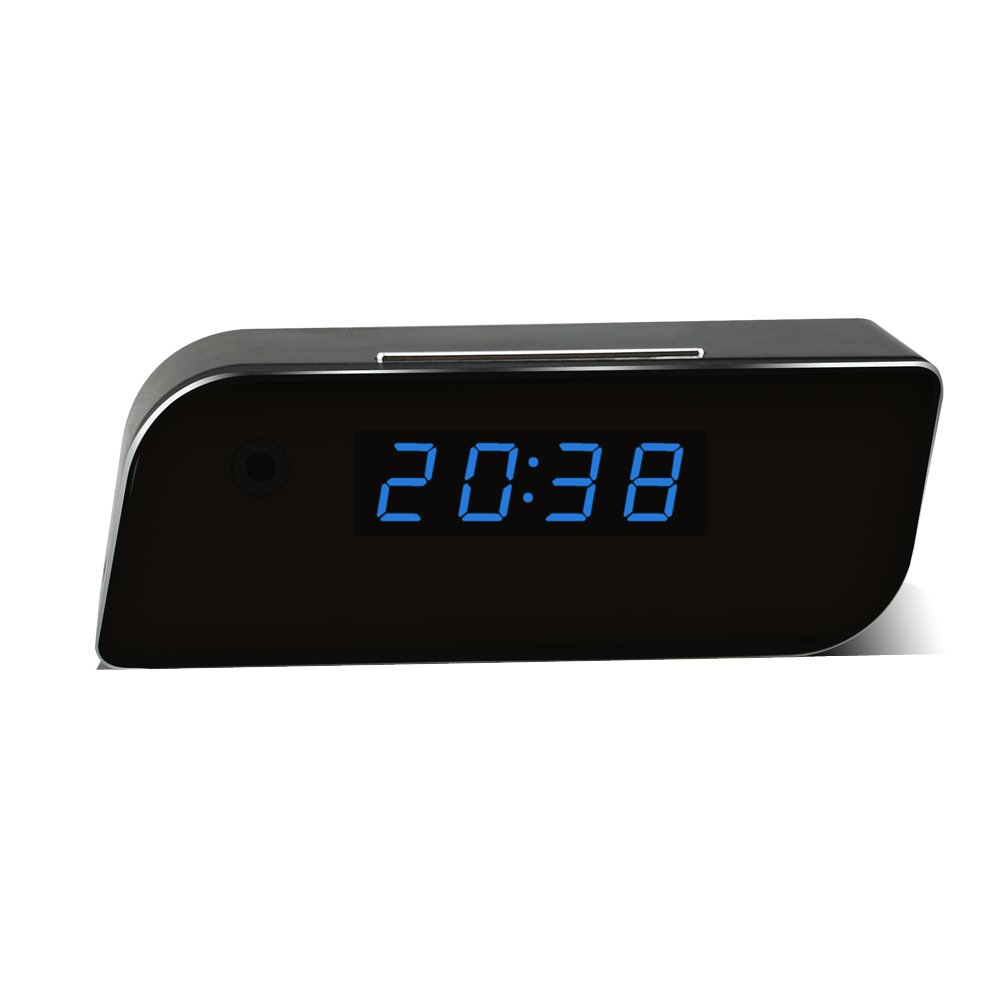 This little camera looks like a regular digital alarm clock, but conceals a hidden camera capable of capturing hi-definition video recording. This camera has the capability for night vision recording, and is motion-activated, only recording when activity in the room triggers it to work, and sending push notifications to your phone when it is live. The camera works with the Umanor smart phone app, allowing you to watch live video and take screenshots, no matter where you are. This camera also allows you to activate a loud audible alarm in case of an emergency. This camera can connect via WiFi with up to four separate devices. 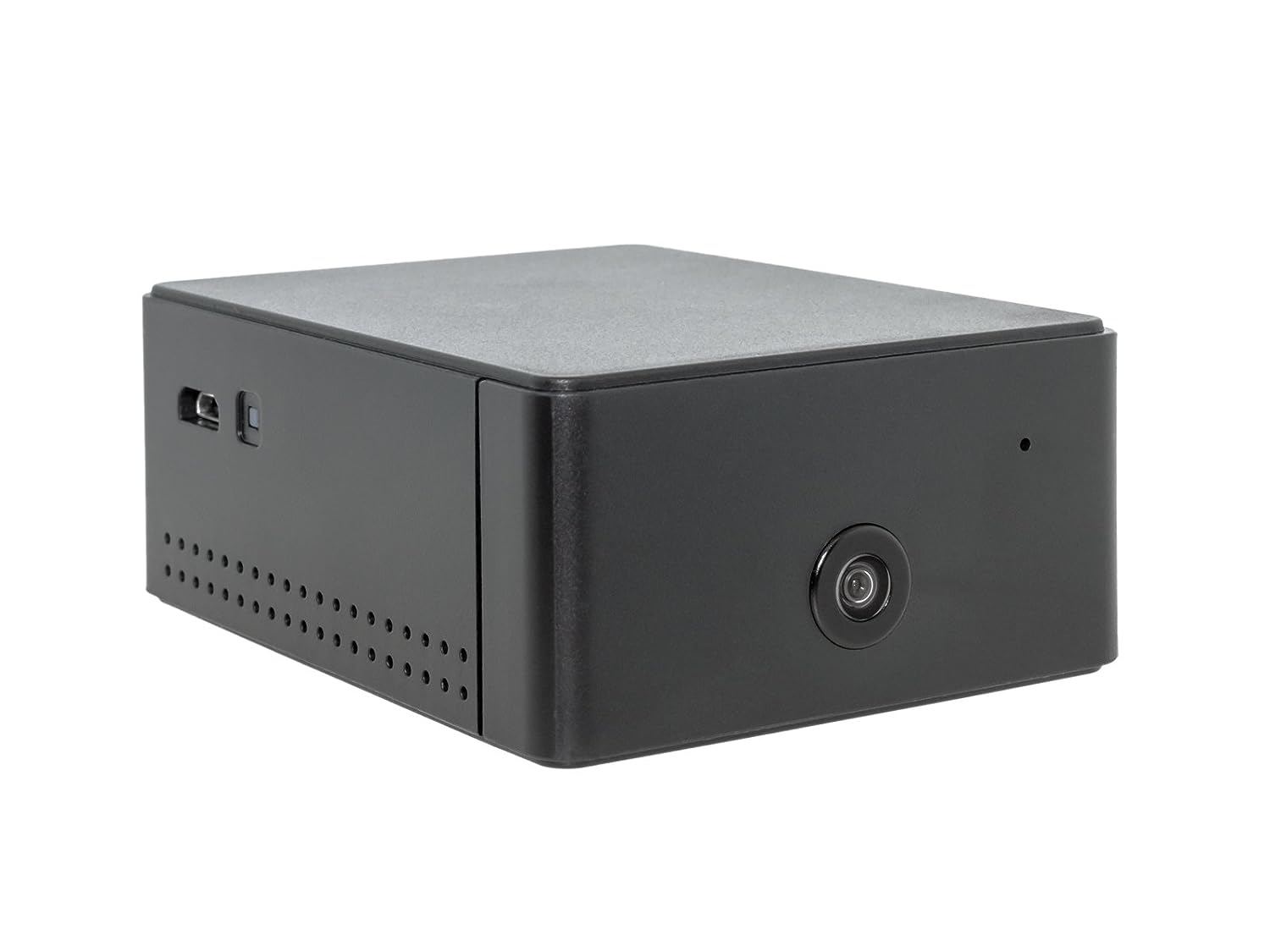 This camera from Brickhouse Security goes above and beyond with stunning hi-definition video-only resolution and a 160-degree viewing angle, allowing you to capture an entire room in view. This camera will send instant notifications to your smart phone via their Android or Apple iOS app. Video recordings are stored within the app, and the camera also gives you an option to store directly to the camera via SD card. 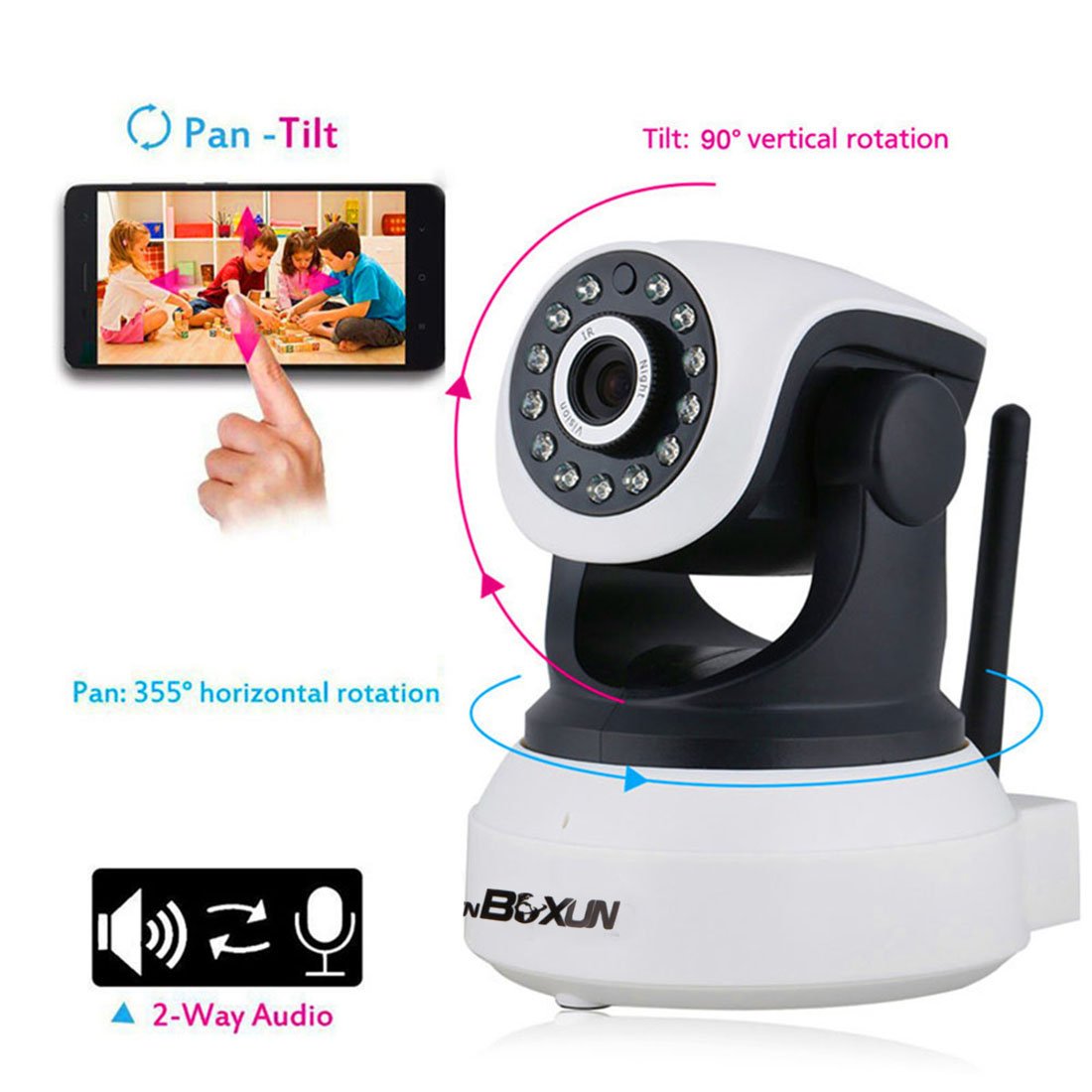 The Shenboxun WiFi Security IP Camera offers additional functionality, including night-vision, the ability to pan and tilt to look around the room, and with its built-in microphone, offers true 2-way communication. This camera definitely looks like a camera, and will make your intentions known, but will also provide additional security in ensuring that all parties know that they are being recorded. The camera interacts intuitively with its free app, available for Android and iOS platforms. Video and audio are recorded with a microSD DVR, up to 128GB. The camera is motion-activated, and will alert you via push notifications and/or email. 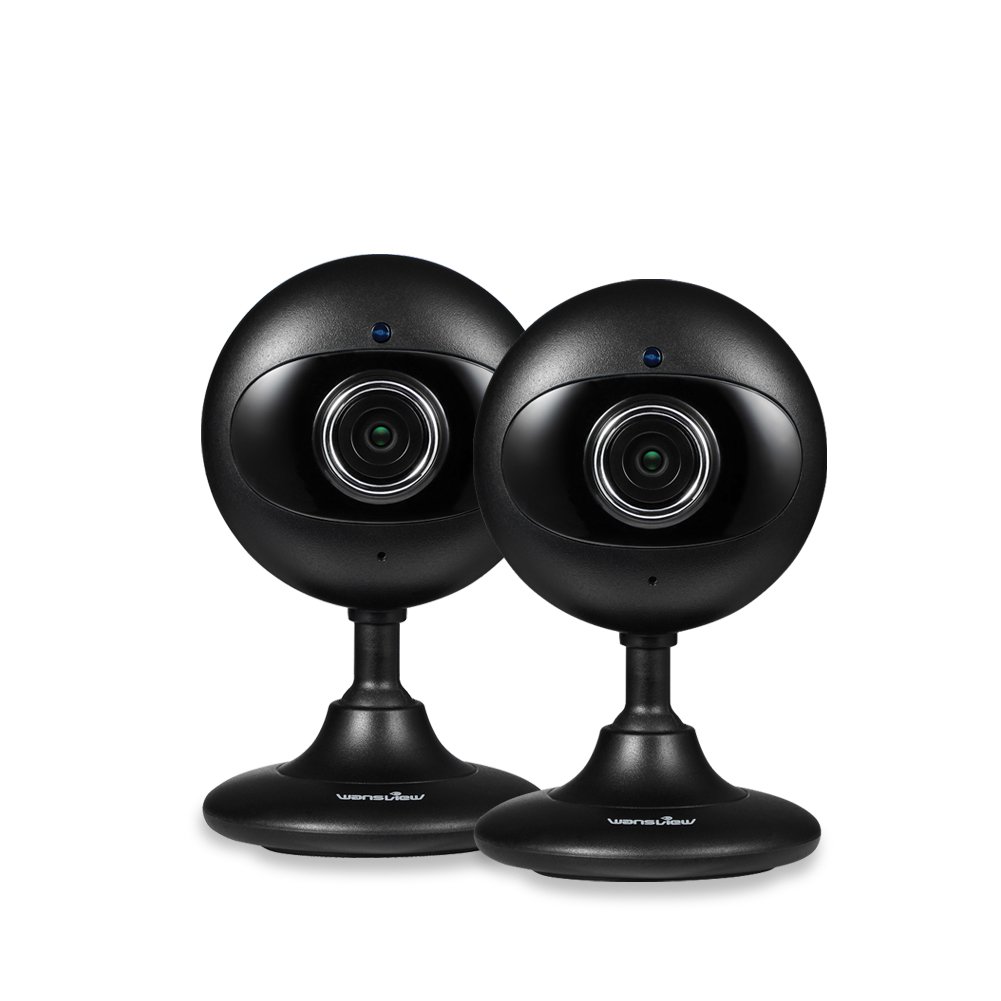 The Wansview Wireless monitors work in tandem to provide a mutli-camera view through their free Wansview app. This camera offers a super wide 120 degree viewing angle and the built-in microphone, you can hear and talk your family at anytime, anywhere. Easily mount on your wall, table or ceiling to keep an eye on what happened. The live stream will display directly to your Apple iOS/ Android smartphone, tablet, or PC application. 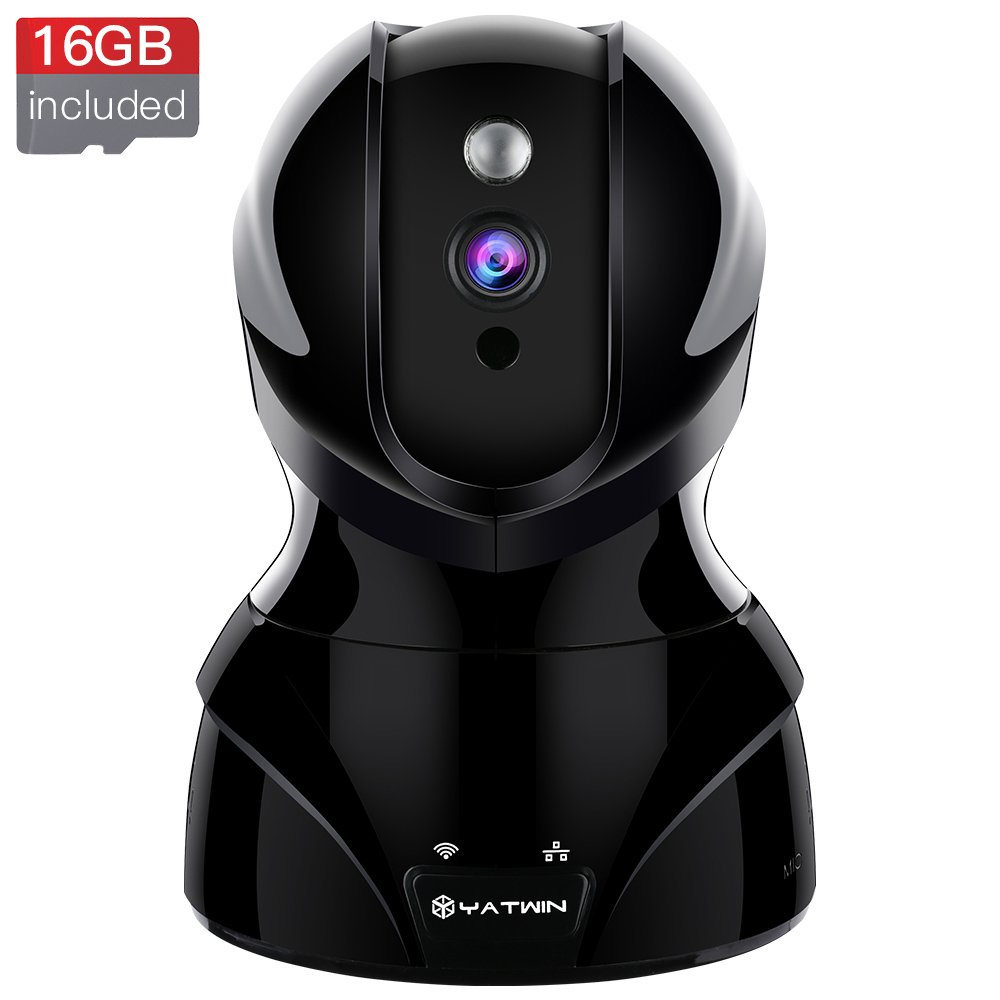 The YATWIN Wireless Security Camera offers hi-definition video recording, the ability to pan and tilt, night vision, and the ability to zoom up to 8x to focus on details as needed. This camera also includes a built-in speaker and microphone, allowing you to listen and talk with your family.

With 1080P full HD video recording, this ingenious camera includes a built In 32GB Memory that holds up to approximately 4-5 hours of video that can be played back on PC or Mac computers. This stealth camera is motion activated and records to a 32GB memory card hidden inside the device where nobody will see it. There is no battery built-in, but don't worry, as this camera plugs straight into your wall socket! Best of all, it looks and functions like a real USB phone charger! There are 2 USB ports on the camera, "Charging USB" port can be used as a Charging port, while the "Camera Data USB" port can be used as a data output. Nobody will suspect that they are being recorded, and the camera can also be used as a real LED Night Light.

The UOKOO WiFi Network Security Surveillance Video Camera offers quick and easy setup via their free smartphone app. The camera features stunning 720p HD video quality with a wide 120 degree viewing angle. The live stream displays directly to iOS/Android smartphones and supports remote viewing via these devices.
As with other devices, this camera can be set to be motion-triggered, but goes a step further to also include the ability to be sound-triggered. Each time the phone is triggered, a 5-second video of the activity is automatically saved, so that you can check it on your phone even you are far away from home. This camera offers both one-way and two-way audio.

No matter what your needs, there are many options available. As technology advances and electronic communication improves, we can expect it to become easier to stay connected to our homes, even when we can’t be there in person.