Four Years of Transformation: How I Lost Weight Through Running and Better Eating

Yesterday I saw this beautiful before-and-after weight loss picture, shared on one of the Runners' Facebook group and asked Melissa McKellar Swartz to share her story with EmaxHealth.com readers. "When I look at myself now, I see how far I still have to go, then this picture from 2012 pops up, and I realize just how far I've come," wrote Melissa. Here is her contribution to our transformation stories.

I never had a problem with my weight. Throughout high school and college, I never dieted, never gave my appearance a second thought: I was always on the thin side. I was never what one considered to be athletic in school; I was on the basketball and track teams in junior high, but it was just that.

I Realized I am Heavy and Need Weight Loss

It wasn’t until my sister’s wedding in 2012 that I realized just how heavy I had become. Seeing myself in her wedding pictures, I was mortified. I was approaching my 40s with two small children that I realized if I was going to remain relatively thin, I was going to have to do something about it. I tried a few different kinds of weight loss programs with shakes and supplements, and while I felt I had lost some weight, I was growing more aware of my appearance and more unhappy about it. My husband at the time told me that I looked “fine,” that I didn’t need to worry about my appearance. 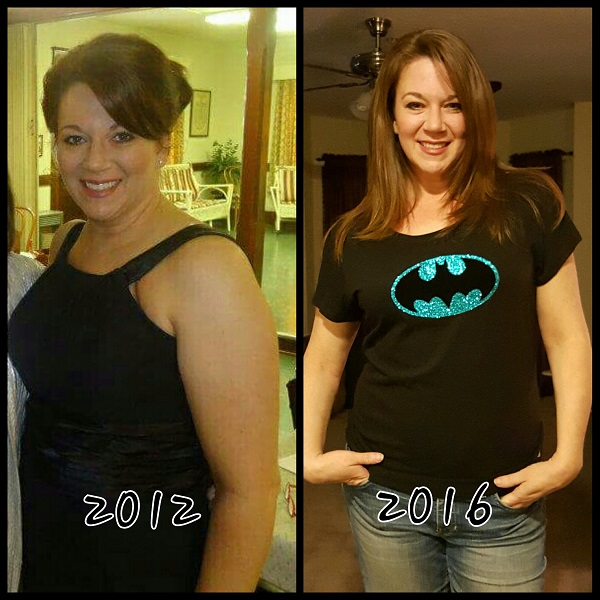 During the summer of 2013, I decided to start running. It was a slow, Couch to 5K process which brought about great ridicule from my then-husband. His constant jokes and put downs only fueled my determination. I began run/walking early in the mornings before work, and I started to feel better, physically and mentally. I started watching what I ate and learned to make healthier choices for myself.

With no support at home, I turned to social media for support and encouragement. New positive – and lasting – friendships have been formed as a result. I have been welcomed in many running circles whom I now consider family. Their presence made up for the opposition my now ex-husband provided at the time. Everyone’s journey to better health is a personal one, but having support and encouragement, even from strangers, is invaluable.

Through running and better eating habits, I have lost 20-30 pounds (and counting) and started developing muscle as well. I have become a better version of myself. I have started my life over, and I just feel better! While I am still a rather slow runner, I have completed many 5Ks, a handful of 10ks, and one half marathon to date. I am healthier, happier, and much stronger than I ever thought I could be. And most importantly, my children have seen my progress and know that their mom is going to be around for a very long time.